The original version of ‘Play Mr. Music Play” was released in 1980 on Tamoki Wambesi label, Derrick voiced this vocal 2 years ago for Cubículo Records and where Marshall Neeko did this brilliant re-work!

Based in France, Marshall Neeko is a producer and owner of Idlers Corner Records. He was involved in the local radio station hosting “Rise Up Reggae Show” from 1997 up until 2007. In 2006, he launched VI Connection Records with a series of 7” produced by Russ Disciples. In 2013 he launched Idlers Corner where he mostly produces all the materials collaborating with artists such as Yami Bolo, Pad Anthony, Little Kirk, Isha Bel among many others.

Derrick was born and raised in Spanish Town, St. Catherine – Jamaica. He started his musical journey while attending high school in Kingston and where he got his first record released, “Feeling Of Love” on Harry J Records, Not long after came his second record called “King Pharaoh´s Army” released by Roy Cousins on his imprint Tamoki Wambesi. Currently, Derrick is still living in Jamaica and recording music where he has an album due to come out in 2018 on Reacapp Productions. Derrick recorded the vocal in 2015 for Cubiculo. 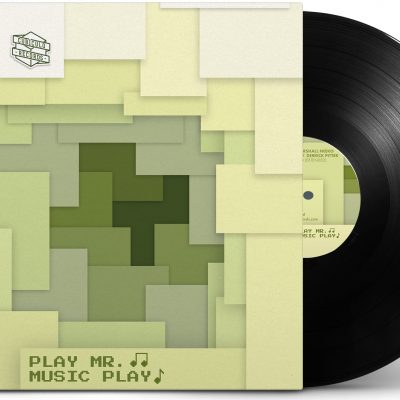